HOMEExercise and Nutrition Tips and AdviceWake up and Smell the Coffee 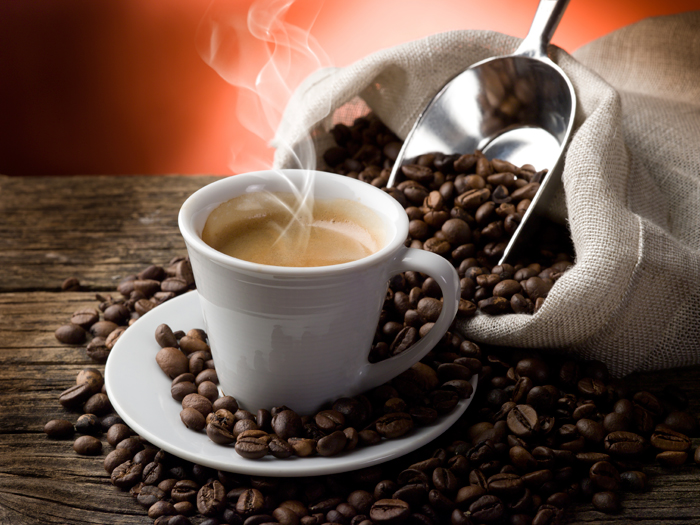 Wake up and Smell the Coffee

Wake up and smell the coffee!

For those of you who have been on my Champneys Bootcamp you may think I am being highly hypocritical here as during the Bootcamp week we cut out all caffeine for the week.  However, this is often due to people consuming too much caffeine and not drinking it at the right times and also we use the week as a detox week too.  However it can have very good health and fitness benefits, which I will hopefully explain to you well enough for you to take the advice and implement it into your daily lives to get the maximum benefit from coffee.  One thing I wish to make clear though, is that I am talking about coffee made from coffee beans, with no added syrups, sugar or anything else that the coffee giants tend to add in to their coffees.  Also, people become habituated from coffee and rely on it for them to pick them up after lunch, or have etiolate at night, just before going to bed, drink 5-6 cups a day and sit in front of the computer all day.  Therefore, although it has its benefits, you have to use it sensibly.

Coffee has been associated with a reduced risk of mortality, reduced cancer risk, lower heart disease risk, and less chance of developing diabetes or metabolic syndrome.  It has also been shown to increase exercise performance, motivation to exercise and recovery rate:

Use Coffee To Reduce Muscle Soreness & Recover Faster
Coffee is one of the most effective aids for reducing the debilitating muscle soreness that appears a day or two after a hard workout, know as DOMS (Delayed Onset of Muscle Soreness).
For example, a recent study found that when female trainees took a 5 mg/kg dose of caffeine—which is equal to about 2.5 cups of coffee—at the 24 and 48-hour time points after a muscle-damaging workout they decreased muscle pain by between 26 and 48 percent compared to a placebo.  Recovery of maximal strength was also faster.
Coffee also helps you recover from very intense workouts so that you can hit it hard again in the gym the next day.
Drink Coffee for Higher Quality Workouts
There are a number of physiological benefits to drinking coffee:
•    It raises stimulatory hormones like epinephrine and norepinephrine.
•    It helps free fatty acids to increase the use of fat for energy.
•    It releases calcium that is stored in muscle for increased endurance.
•    It decreases the sensation of pain, influencing the brain’s message of fatigue, allowing athletes to keep going when they’d normally collapse in exhaustion.
Drink Coffee to Promote Optimal Body Composition
There is compelling evidence that coffee increases your metabolic rate so that you burn more calories (3 to 10 percent more) and it can help shift the body to burn fat rather than glucose for energy.  In addition, coffee modulates blood sugar and can improve insulin sensitivity.
As wonderful as coffee is, this doesn’t mean that it’s a magic solution for fat loss.  If adding coffee is the only thing that you change about your diet and habits, you’ll be unlikely to see changes in your body.  However, the fact that coffee enhances motivation to train and improves your desire to work hard and push through pain may lead to greater fat loss or gains in muscle.
Furthermore, since coffee keeps you from getting sore for days on end and restores the strength loss you get from hard lifting, you can train more frequently.
It goes without saying that if fat loss is your goal, don’t put sugar or artificial sweeteners or creamers in your coffee.  And be aware that straight caffeine, such as what you’d get from an energy drink, has been found to decrease insulin sensitivity.  Coffee has the opposite effect, improving the sensitivity of cells to insulin, most likely due to the high concentration of antioxidants it contains.
Use Coffee to Improve Performance & Mood When Feeling Sluggish
Coffee is a god-send when you are sleep-deprived or feel sluggish and unmotivated to work out because it boosts mood and reduces physical fatigue.
Caffeine can increase voluntary workload and readiness to train, allowing you to get more out of your workout when you are tired.
Coffee also helps you overcome the fact that athletic performance is diminished in the morning compared to later in the day due to lower activation of the central nervous system and reduced body temperature.  Start your day with a coffee – you could add coconut oil and butter into your coffee to promote fat metabolism too.  Coconut oil contains medium chain triglycerides which promote the use of fat for fuel.  Adding this into a coffee, which has the benefits of increased metabolic rate, motivation and readiness to exercise, your following workout’s benefit is going to be massively increased.
Caffeine will also improve concentration and reaction time.  When you feel fatigue or pain, motor firing rate decreases.  Caffeine blocks this reduction by activating the release of neurotransmitters for more efficient muscular contractions.  For example, studies have found that tired doctors who need to perform ultra-precise surgery benefit from caffeine.

Drink Coffee for a Huge Endurance Performance Boost
Coffee is most effective at raising performance in endurance sports and it’s been tested in nearly every sport, including running, cycling, rowing, and swimming.

For example, in one 1,500-meter time trial of elite runners, those who drank caffeinated coffee ran 4.2 seconds faster on average than those who drank a placebo, and the best time was 17 seconds faster with coffee.
How To Benefit: People do become habituated to coffee, which means that you’ll get the greatest boost in performance if you don’t drink it daily, although it does still have a performance effect even after you’ve built up a tolerance.
References:
Ganio, M., et al. Effect of Caffeine on Sport-Specific Endurance Performance. Journal of Strength and Conditioning Research. 2009. 23(1), 315-324.Hurley, C., et al. The Effect of Caffeine Ingestion on Delayed Onset Muscle Soreness. Journal of Strength and Conditioning Research. 2013 Published Ahead of Print.Maridakis, V., et a. Caffeine Attenuates Delayed Onset Muscle Pain and Force Loss Following Eccentric Exercise. Journal of Pain. 2007. 8(3), 237-243.Mora-Rodriguez, R., Pallares, J., et al. Caffeine Ingestion Reverses the Circadian Rhythm Effects on Neuromuscular Performance in Highly Resistance-Trained Men. PLOS One. 2012. 7(4), e33807.
Koot, P., et al. Comparison of changes in energy expenditure and body temperatures after caffeine consumption. Annals of Nutrition and Metabolism. 1995. 39(3):135-42
Charles Poliquin. 2015. Does drinking coffee make you fat. [ONLINE] Available at: http://www.poliquingroup.com/ArticlesMultimedia/Articles/Article/1288/Does_Drinking_Coffee_Help_You_Lose_Fat_How_To_Incl.aspx. [Accessed 06 March 15].

No Comments to "Wake up and Smell the Coffee"