HOMEExercise and Nutrition Tips and AdviceBUGS NOT FOR YOU, THEN EAT MORE VEG!!! 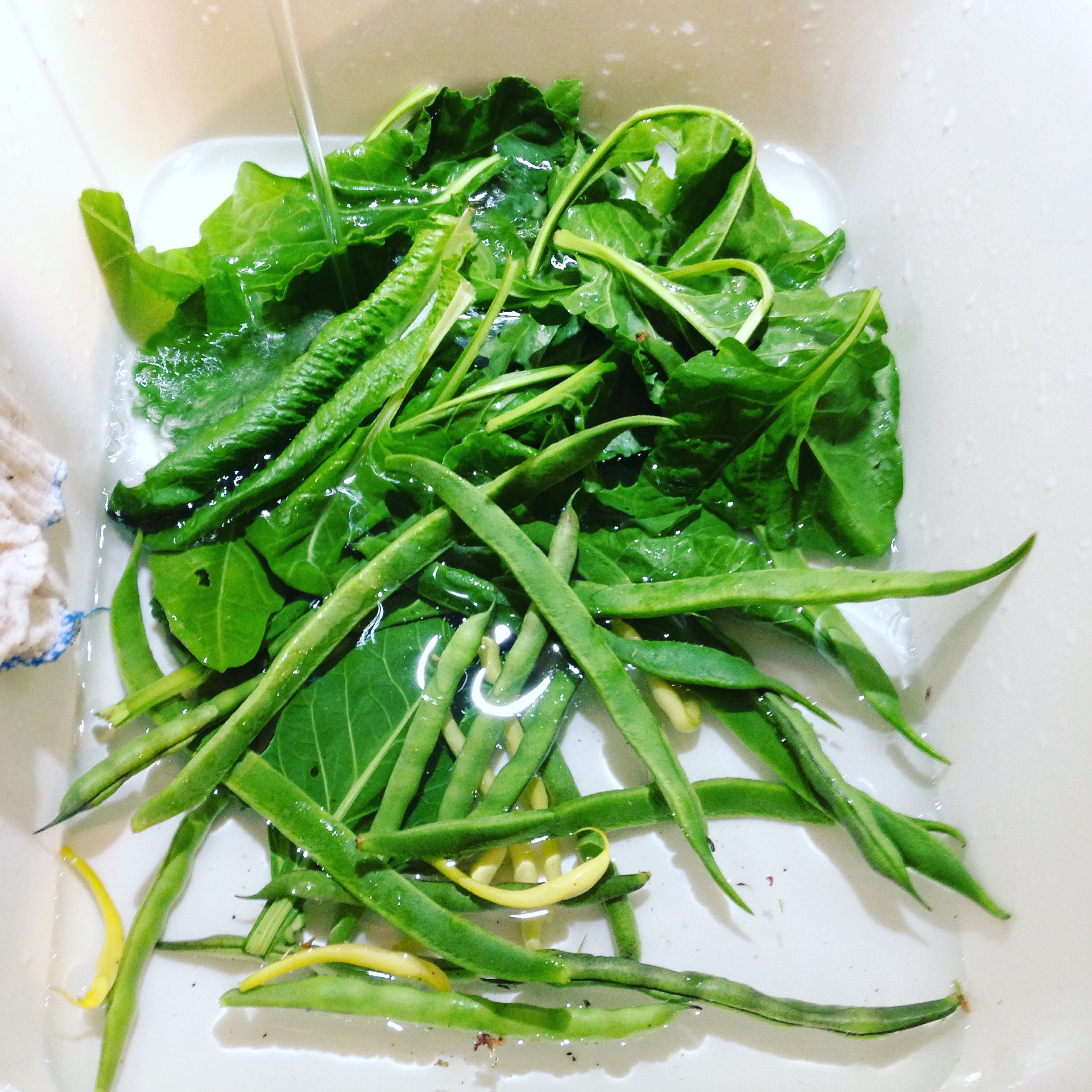 BUGS NOT FOR YOU, THEN EAT MORE VEG!!!

So maybe you didn’t like the thought of eating mealworm spaghetti or stir fry grasshoppers, but we can all make the effort to eat more vegetables and consume less mass produced meat products in an effort to save the planet.

With Leonardo Di Caprios new documentary film “Before the Flood” and YouTube’s much watched documentary such as “Cowspiracy”, there will hopefully be more and more people aware of the impact on the environment, we as humans, are having by consuming mass produced meat products.

It seems that if we really want to reduce the human impact on the environment, the simplest and cheapest thing anyone can do is to eat less meat. Behind most of the joints of beef or chicken on our plates is a phenomenally wasteful, land- and energy-hungry system of farming that devastates forests, pollutes oceans, rivers, seas and air, depends on oil and coal, and is significantly responsible for climate change. The way we breed animals is now recognised by the UN, scientists, economists and politicians as giving rise to many interlinked human and ecological problems, but with 1 billion people already not having enough to eat and 3 billion more mouths to feed within 50 years, the urgency to rethink our relationship with animals is extreme.

We humans eat about 230m tonnes of animals a year, twice as much as we did 30 years ago. We mostly breed four species – chickens, cows, sheep and pigs – all of which need vast amounts of food and water, emit methane and other greenhouse gases and produce mountains of physical waste.

But how much stress does our meat-eating put on ecological systems? The answer is a lot but the figures are imprecise and disputed. In 2006, the UN calculated that the combined climate change emissions of animals bred for their meat were about 18% of the global total – more than cars, planes and all other forms of transport put together.

The authors of the report, called Livestock’s Long Shadow, did not just count the methane from the belching, farting cattle, but the gases released from the manures that they produce, the oil burned taking their carcasses to markets often thousands of miles away, the electricity needed to keep the meat cool, the gas used to cook it, the energy needed to plough and harvest the fields that grow the crops that the animals eat, even pumping the water that the cattle need.

A human population expected to grow by 3 billion, a shift in developing countries to eating more meat, and global consumption on track to double in 40 years point to the mother of all food crises down the road. How much food we grow is not just limited by the amount of available land but meat-eaters need far more space than vegetarians. A Bangladeshi family living off rice, beans, vegetables and fruit may live on an acre of land or less, while the average American, who consumes around 270 pounds of meat a year, needs 20 times that.

Nearly 30% of the available ice-free surface area of the planet is now used by livestock, or for growing food for those animals. One billion people go hungry every day, but livestock now consumes the majority of the world’s crops. A Cornell University study in 1997 found that around 13m hectares of land in the US were used to grow vegetables, rice, fruit, potatoes and beans, but 302m were used for livestock. The problem is that farm animals are inefficient converters of food to flesh. Broiler chickens are the best, needing around 3.4kg to produce 1kg of flesh, but pigs need 8.4kg for that kilo.

Drinking too much water

Eat a steak or a chicken and you are effectively consuming the water that the animal has needed to live and grow. Vegetarian author John Robbins calculates it takes 60, 108, 168, and 229 pounds of water to produce one pound of potatoes, wheat, maize and rice respectively. But a pound of beef needs around 9,000 litres – or more than 20,000lbs of water. Equally, it takes nearly 1,000 litres of water to produce one litre of milk. A broiler chicken, by contrast, is far more efficient, producing the same amount of meat as a cow on just 1,500 litres.

Pigs are some of the thirstiest animals. An average-sized north American pig farm with 80,000 pigs needs nearly 75m gallons of fresh water a year. A large one, which might have one million or more pigs, may need as much as a city.

Global agribusiness has for 30 years turned to tropical rainforests – not for their timber but for the land that can be used to graze cattle or grow palm oil and soya. Millions of hectares of trees have been felled to provide burgers for the US and more recently animal feed for farms for Europe, China and Japan

Industrial-scale agriculture now dominates the western livestock and poultry industries, and a single farm can now generate as much waste as a city. A cow excretes around 40kg of manure for every kilogram of edible beef it puts on and when you have many thousands crowded into a small area the effect can be dramatic. Their manure and urine is funnelled into massive waste lagoons sometimes holding as many as 40m gallons. These cesspools often break, leak or overflow, polluting underground water supplies and rivers with nitrogen, phosphorus and nitrates.

Tens of thousands of miles of rivers in the US, Europe and Asia are polluted each year. A single spill of millions of gallons of waste from a North Carolina pig factory lagoon in 1995 killed about 10 million fish and forced the closure of 364,000 acres of coastal wetlands to shellfishing.

Anyone who has lived close to a large factory farm knows the smells can be extreme. Aside from greenhouse gases such as methane and carbon dioxide, cows and pigs produce many other polluting gases. Global figures are unavailable but in the US, livestock and animal feed crops are responsible for 37% of pesticide use, more than half of all the antibiotics manufactured and a third of the nitrogen and phosphorous in fresh water. Nearly two thirds of the manmade ammonia – a major contributor to acid rain – is also generated by livestock. In addition, concentrated factory farming of animals contributes to ozone pollution.

Making us prone to disease

Animal waste contains many pathogens including salmonella, E coli, cryptosporidium, and fecal coliform, which can transfer to humans through water run-off or manure or touch. In addition, millions of pounds of antibiotics is added to animal feed a year to speed the growth of cattle. But this contributes to the rise of resistant bacteria, and so makes it harder to treat human illnesses.

The western animal farming economy is based on oil, which is why there were food riots in 23 countries when the oil price peaked in 2008. Every link in the chain of events that brings meat to the table demands electricity, from the production of the fertiliser put on the land to grow the animal feed, to pumping the water they need from the rivers or deep underground, to the fuel needed to transport the meat in giant refrigerated ships and the supermarket shelves. According to some studies, as much as one-third of all fossil fuels produced in the United States now go towards animal agriculture.Meat’s costly, in many ways

Meat’s costly, in many ways

Polls suggest that 5-6% of the population eats no meat at all, with many millions of others consciously reducing the amount of meat they eat or only eating it occasionally. This is backed by new government figures which show that last year we ate 5% less meat by weight than in 2005.

I am not suggesting everyone becomes vegetarian, because firstly I am not going to do that myself, but I think we all need to re-think the cost to our planet of eating mass produced meat products on a daily basis.

Most of us don’t actually eat enough vegetables in our daily diet anyway and therefore having, lets say 2 days in a week where you don’t consume meat, would be a great way to improve your diet anyway.  This doesn’t mean boiling up broccoli, cauliflower and cabbage and holding your nose whilst trying to eat, but it means trying lots of wonderful dishes made with an array of vegetables.  Before I get the obvious obligatory question, there are many ways of getting protein in your diet without eating meat.  Lentils, legumes, beans, nuts and many plants contain protein.

No Comments to "BUGS NOT FOR YOU, THEN EAT MORE VEG!!!"